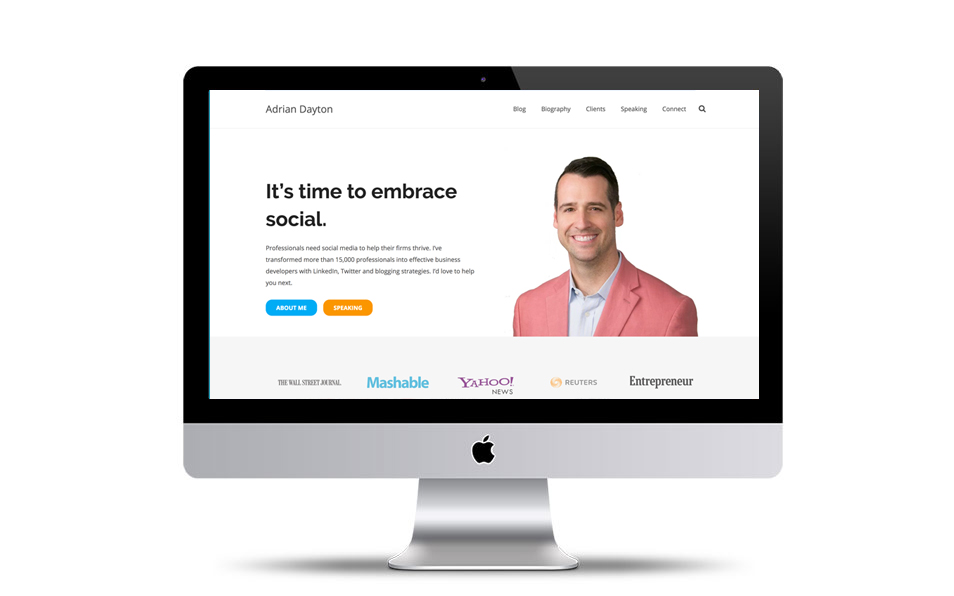 Does this theme look familiar? It’s a customized version of the same theme I used to make custom looks for Otaku Journalist and Gunpla 101. The base theme, Impreza, costs $60, but I’ve bought multiple licenses for my own sites and for clients’ sites because it’s so darn versatile.

This site was a long time in the making, and not just because its namesake, Adrian, is wildly successful and kept jetting off for speaking tours. The pre-redesign version of the site looked very different and had very different goals. Here’s a Wayback Machine recovery from April: 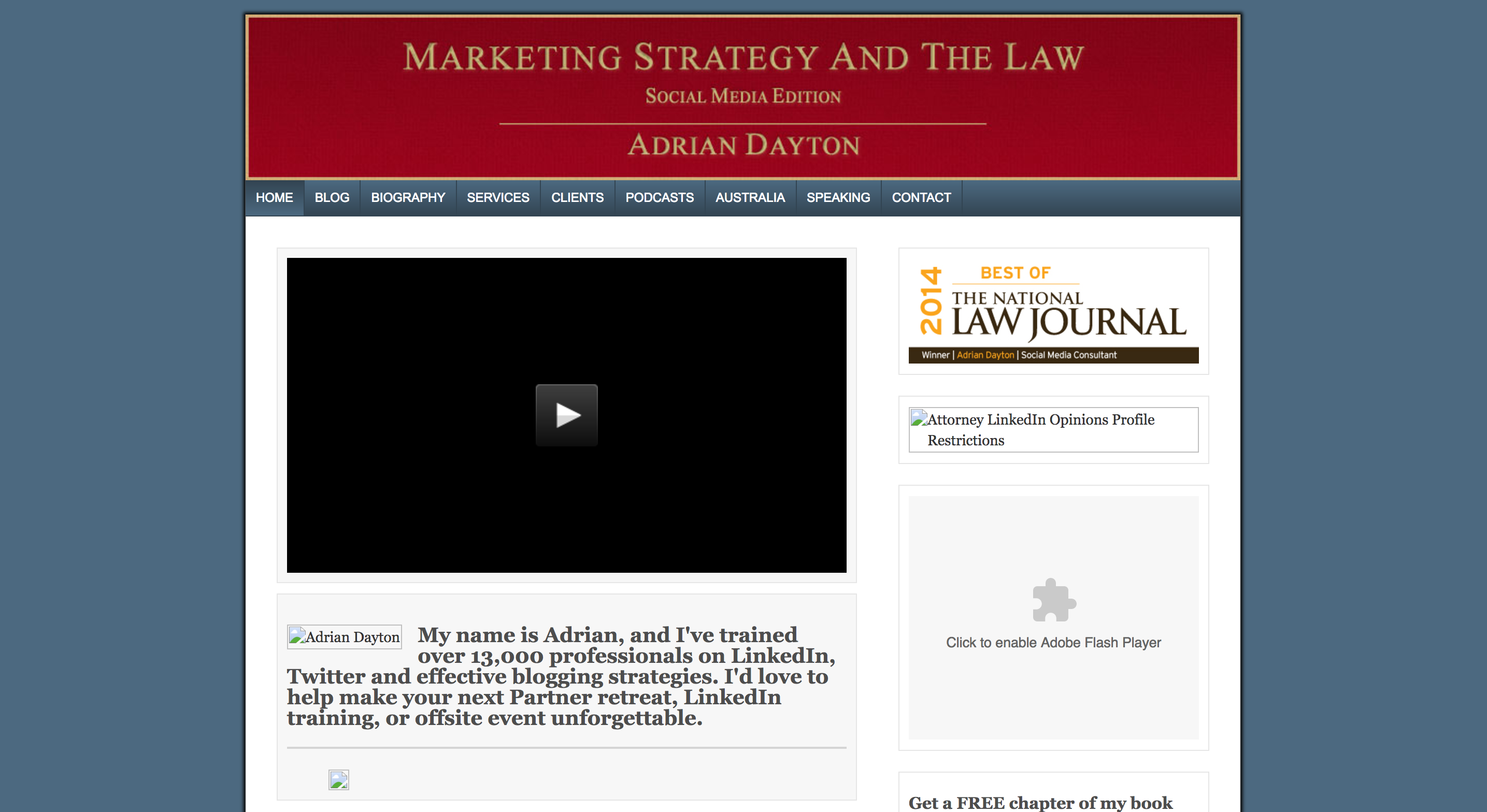 My early designs worked hard to preserve the textbook aesthetic of this site’s title page, but with modern sensibilities. (Most importantly, I recreated the embossed text effect using CSS3 instead of a JPEG so it would be better for SEO and look better on different screen sizes.) But each iteration looked sort of stodgy, unfitting for a man who runs a cutting-edge tech startup.

In the end, the final design is directly inspired by ClearView Social, Adrian’s social media startup for lawyers. Instead of looking for consistency between Adrian’s blog design and his lawyerly profession, we aimed for synergy between his blog’s design and his company site’s design.

The other completed objective—ditching that clutter. The old design had nine menu options, plus a lengthy first page that included all of Adrian’s accolades, and even a sidebar with awards and calls to action (for example, to read his book). With the new site, we trimmed down the calls to action to two, so visitors don’t have to make quite so many choices, and doubled up on white space to enhance the feeling of breathing room.

This went through more design iterations than my average redesign, but in the end it turned out to be one of the least technical. All of the changes I made were to the CSS and JavaScript—all the PHP is original to WordPress. All’s well that ends well, and I’m happy to have helped Adrian design a blog that’s more consistent to his brand.

Elsewhere on the Web

Get a free consultation